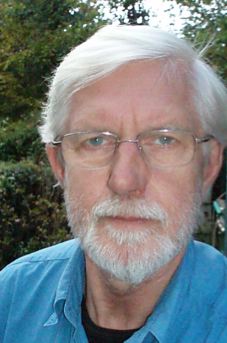 Education as well as assessment—especially assessment in education—is what this is all about. Here I allow my University of Amsterdam publications a second life and my new projects their first, by making them available online.

Most publications and web pages are in Dutch. The English ones are the following

'95 A consumer theory of assessment in higher education. EARLI. html

Publications in English by guests

James S. Coleman (1994 unpublished). What goes on in school: A student's perspective. html

W. K. B. Hofstee (1983). The Case for Compromise in Educational Selection and Grading. In Anderson & Helmick.html

Projects and webpages in English

Publications on topics such as achievement testing, admissions, especially admissions using lottery procedures, education and the labor market, as well as a list ordering them alle by date. The sitemap offers a short cut to all documents.

Some big and many small projects in progress.

The one very, very big project (it is in English) is SPA Strategic Preparation for Achievement Testing, originally the Van Naerssen tentamenmodel, is now—as far as its progress allows—available to visitors of the website as JAVA-applets, small applications that will run in the browser you are using (try this one). The other big one is the revision of the 1983 Dutch book on item writing, now christened Item design html; each chapter will be given an appendix in English with lots of examples as well as literature. Eventually (hopefully) the English appendices will evolve into an English book.

In 2011 my attention has been directed to the severe problems in arithmetics in primary and secondary education in the Netherlands: see the rekenproject.htm start page. This project is in Dutch, because some activities and publications focus on themes and problems related tot political decision making at the national level. The educational problems are international in character, however: constructivism/progressivism/situationism and fads and fancies from eduquacks (21st century skills, discovery learning, individualized instruction) ruining math education. If you happen to be interested in this project, contact me, and i will prepare specific summaries in English. I have tried to explain the local Dutch problems here Constructivist arithmetics horror in the Low Countries — in exit exams!.